Training for the marathon: The reason I run… 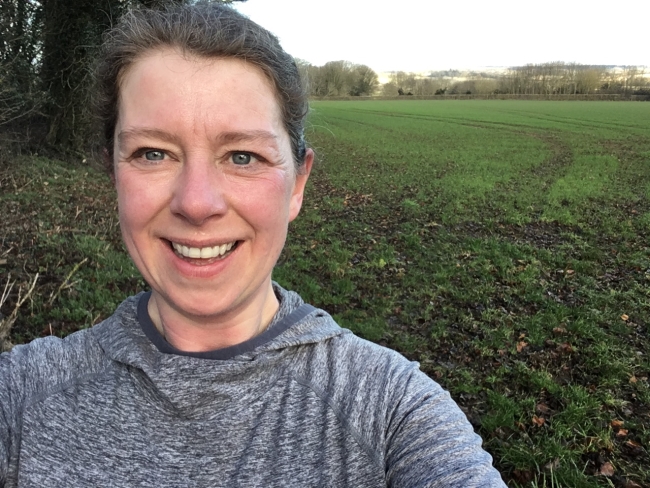 I never thought I’d be a runner, not ever, let alone take on the London marathon. School sports day used to leave  me sick with dread, I hated netball and any ball sports – my hand-eye coordination was useless then, just as it is now.  I did manage to come 13th out of about 50 girls when I ran in a cross-country race at the age of fourteen, but it never really occurred to me that it might be worth trying it out some more.  After all, 13 unlucky for some, right?

Throughout my twenties I was far too busy enjoying a very hectic social life with friends to even give exercise a second thought, so it really wasn’t until I hit my thirties and after having my son that I really thought I should try to get fit.

To begin with I wasn’t even running, just going for long walks with our dog and carrying my gorgeous and deliciously chubby boy in a rucksack on my back.  We’d go up on the hills around where I lived and I started to think that if I could get up the hills without too much of a problem when I was carrying a large weight on my back then surely I could run a bit.  I started steadily, just a couple of miles at a time, but I really enjoyed it and it wasn’t long before I was running longer distances.

Then, just as I was about to return to work after maternity leave my life was turned upside down when I lost my brother to cancer.  The months after his death were a blur, immense grief and shock that he was no longer here and trying to process what had happened to our family and why.  Talking about it wasn’t always easy, but one of the few things that made a difference was running.  I found a new sense of purpose when I paced around the country roads close to home and it became a time when I could let my mind focus on whatever I wanted and try to make sense of everything.

Being out in the fresh air and feeling everything alive around me mixed together with the metronomic rhythm of running seemed to help me channel my emotions. Each time I went out to run I would come back feeling more positive and like a weight had been taken off my shoulders, at least for a while.  A year after my brother died I ran my first 10k race in his memory, I couldn’t change what had happened but it felt positive to remember him by and I’m really glad I did it.

Fast-forward seven years and I’m now training for the London marathon this April and running for Dogs for Good. I’ve worked for the charity for over fifteen years, it has been a huge part of my life for a very long time and I feel very privileged to have been able to share the stories of some fantastic partnerships during that time.

I am still inspired everyday by the wonderful things that happen when a specially-trained dog is able to help people to go and achieve the most awesome things that often had seemed completely impossible before they had their dog.