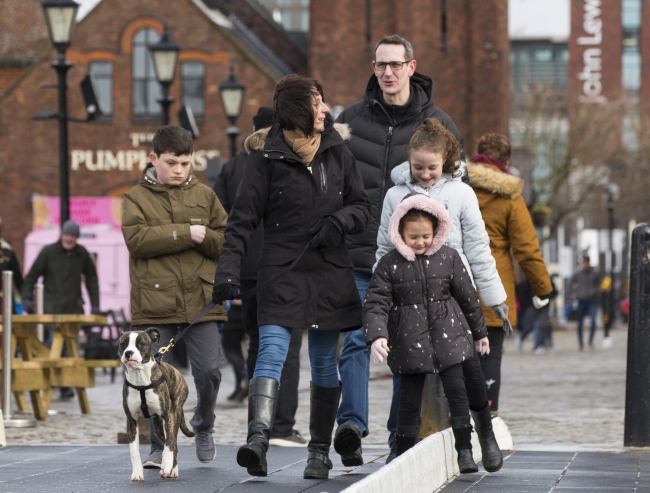 Seven years after their pet dog had passed away, Sally felt that the time was right to get another one. However, there were big considerations to take into account; Sally’s son, Damien, has autism and her youngest daughter, Eloise, was petrified of dogs!

“Our thinking was that ideally, we could get a dog, train it to help Damien and diffuse and calm the tension that autism can bring to a household. But we weren’t sure exactly how we were going to manage that as we had no experience of dog training.”

While reading the Pets at Home magazine one day, Sally happened across an article on Dogs for Good’s Family Dog workshops. “The article explained how the workshops can help parents choose the right dog to live with and assist a child with autism, how to get the training right to bring the best out of the dog, what to expect in terms of training, equipment etc. and how to ensure that the dog is happy and healthy. It sounded like just what we needed, so I applied.”

Learning how a pet dog can benefit a child with autism

After a little while, a place on a course became available. “During the three workshops, I learned so much; more than I’d ever thought possible, really,” recalls Sally. “Everything the training team said made perfect sense and I came away from the first workshop really excited and with far more knowledge about how a dog can benefit a child with autism as well as the wider family.

After attending the workshops, the time came for the family to get their own dog. “We were set on getting a rescue dog and while we didn’t think it would be possible, we were hoping to get a puppy,” says Sally. Dogs for Good advised Sally on the best way to go about getting a rescue dog and she used her new-found knowledge to track down exactly the right match. “Because of what I’d learned in the workshops, I was so much more confident and hopeful of finding exactly the right dog,” she explains.

Two weeks after establishing a link with the local rescue centre, Sally was advised that they’d found a potential match, so she went along to investigate. “And there was Poppy. I knew as soon as I saw her our family had a new addition,” laughs Sally. “With her breed mix, you’d think she’d be a right little bruiser but she’s not at all. Everyone she meets comments on how beautiful and friendly she is… and they’re right!”

“Despite the fact that she’s a typical puppy, she somehow instinctively knows not to pester Damien and is very respectful 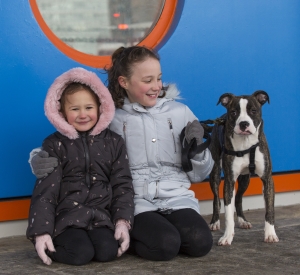 of his way of doing things. But she takes her toys over near him and rests her bottom on him while she’s chewing them. She wants to be near him and because of the way she’s going about it, he’s OK with that.”

At first, Damien didn’t want to go on walks with the family and Poppy, but it didn’t take long for the puppy charm offensive to kick in. “Two weeks, that’s all it took and now he happily joins us,” says Sally.

But it’s not just Damien that Poppy is casting a spell over. Eloise has beaten her fear of dogs and Poppy is also proving to be a calming influence on Sally’s eldest daughter. “Gabriella can be very energetic and finds it hard to sit still” explains Sally. “She loves sitting quietly on the sofa stroking Poppy and fidgeting with her ears while playing on her tablet and the two of them stay like that for ages. It means that while the two of them are happy I can get on with things.”

“For such a young dog that’s only been with us for a short time, she’s worked wonders… she’s brought calmness and happiness to the household and we all adore her”.

Find out more about Family Dog and book onto a workshop.

View Fundraising ideas for our 30th Anniversary
View 1,000 families with a child with autism helped by Dogs for Good
Lorraine Kelly launches campaign showing why we should ‘Paws to Talk’