How one special dog helped a little boy love Christmas 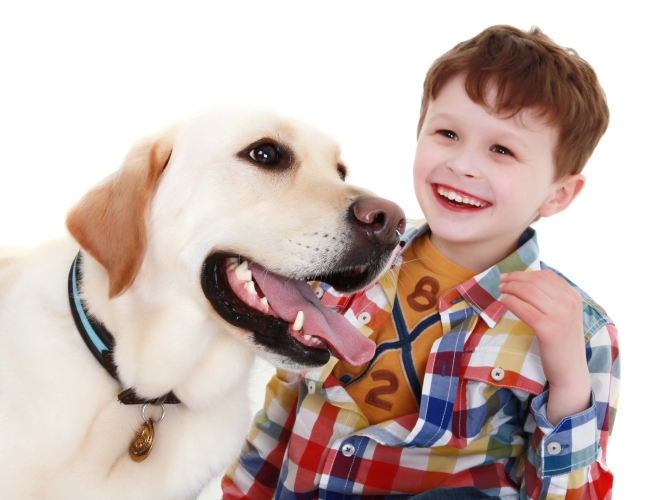 Baylyn was diagnosed with autism when he was four years old, and his Mum, Donna, hoped an assistance dog would keep him safe, help him communicate more and allow them to go out as a family. Little did she know that when life-changing assistance dog Zander came into their life he would even help Baylyn love Christmas.

As for many autistic children, Christmas had always been a challenging time of year with lots of changes to routine and Christmas family gatherings could be stressful for Baylyn, but now Zander’s calming influence helps him take part. Baylyn didn’t like opening presents because he hated the sound of tearing paper. So Donna hit upon the idea of including Zander to help Baylyn prepare for Christmas – together they wrapped presents for Zander and then Baylyn helped his dog open them. It made all the difference and now Baylyn enjoys unwrapping his own presents too.

Says Donna: “Zander responds to Baylyn on his terms and never asks anything of him, he’s just there for him.  Baylyn has become affectionate towards Zander, stroking him quietly. It’s lovely to see.”

Not only is Baylyn’s speech improving, but holding onto Zander’s special harness keeps him safe when out and about. One time, before the arrival of Zander, Donna and Baylyn were leaving school and heading for the car, but he wouldn’t hold her hand and dashed into the road. “A passing motorist wouldn’t have been able to stop in time. He could have caused a terrible accident and been seriously injured,” says Donna.

Donna simply stopped going out without help. It was far too stressful and she couldn’t cope alone. “Now Zander will stop if Baylyn attempts to pull away; it’s so reassuring to know he’s safe.”

Donna says “Zander doesn’t just help Baylyn. I don’t feel isolated any more and he helps us all have a less stressful, more normal family life.”

Zander was a Dogs for Good sponsor puppy. You can sponsor a puppy from just £5 a month and follow their progress as they start on their journey to become a life-changing dog, just like Zander.